UN Women shares the UN Secretary-General’s concern for the safety and well-being of all those who have suffered and continue to suffer in the developing situation in Ukraine. UN Women is committed to continue to deliver on the ground for women in Ukraine.

An estimated 54% of people in need of assistance from the ongoing crisis are women, and women and girls are consistently disproportionately affected by conflict. More than 1.5 million people – two thirds women and children – have been internally displaced since the start of the conflict in 2014 and now suffer from a lack of access to healthcare, housing and employment. These numbers will increase rapidly.

Women and girls are a high-risk group, exposed to heightened risks to their human rights. An increased number of women and girls caught in the conflicts will experience exacerbated forms of violence. Around 21,790 women in Ukraine are combat veterans, and more than 32,000 women are serving in the Ukraine armed forces. They may be called to military action.

It is critical that women are represented in all decision-making on de-escalation, conflict prevention and peacebuilding processes. 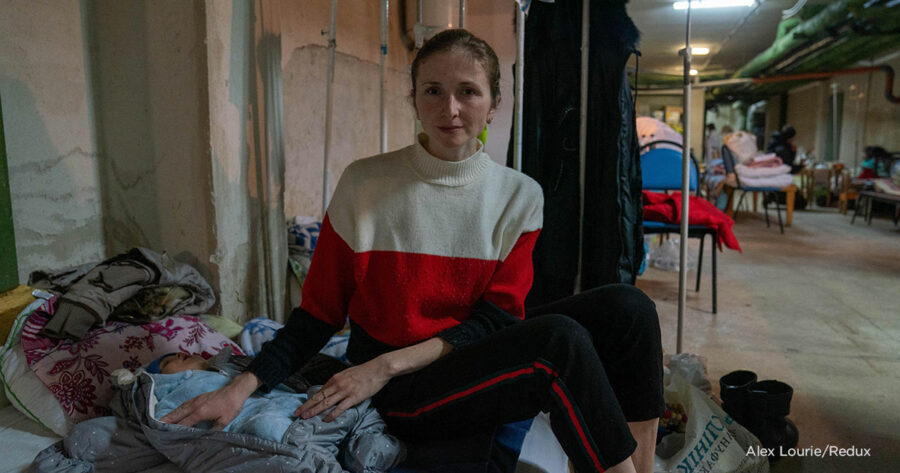 – Ensuring women are at the centre of peacebuilding, democracy and economic recovery

– Getting women involved in the country’s development at a local level.

Of UN Women’s local staff team, 29 are in Kyiv with their dependents. UN Women is working quickly to ensure the safety of our remaining staff in the conflict zones in Eastern Ukraine.

We will continue to work with our security specialists on the ground and local civil society partners to support women, and ensure those particularly at risk in conflict (displaced persons, HIV positive, Roma women, disabled women) are not left behind.

How you can help

It is critical that governments continue to finance humanitarian work and women’s rights programming in Ukraine. You can also use the above statistics, citing UN Women UK, if you would like to write to your MP about the situation. You can find details for your local MP here.