Every ten seconds, it’s estimated that somewhere in the world, a little girl is mutilated.
There are no medical benefits to FGM, only harm.
The cutting is carried out without a doctor or anaesthetic, usually on girls between 5 and 8 years old.
We believe that together, we can end FGM worldwide by 2030. Are you in?

For 35 years, Yatta Fahnbulleh earned a living in north-western Liberia by initiating girls into adulthood through rituals that included female genital mutilation (FGM) – a practice that violates girls’ bodies and their human rights. She is one of many FGM practitioners who wanted to stop but who could not find an alternative way to support herself and her family. Now she is a caterer, trained along with some 300 other traditional FGM practitioners through the EU-UN Spotlight Initiative, who are equipped to earn an income from alternative sources such as climate-smart agriculture, making soap, or tailoring.

The programme is one of the many ways in which UN Women and our partners are working with traditional and cultural leaders to change the norms that sustain harmful practices such as FGM. Continuing this work is more important than ever now that the effects of the COVID-19 pandemic are threatening livelihoods and increasing financial vulnerabilities, contributing to the risk of backsliding on important progress in gender equality.

Compared to three decades ago, girls today are one third less likely to undergo FGM, but the COVID-19 pandemic appears to be increasing the practice. Not only is it limiting our scope for critical prevention work, but many traditional cutters badly in need of an income during the economic downturn have started again, approaching families directly, door to door, in search of work. Without action, by 2030 we could see as many as 2 million FGM cases that could otherwise have been avoided. Data from UN Women and the United Nations Development Programme (UNDP) show that the crisis will push 96 million people into extreme poverty by 2021, something which can lead to FGM and child marriage being used as negative coping mechanisms to ease extreme physical and financial uncertainty. Girls from the most marginalized groups will be at even higher risk of FGM and child marriage. Pandemic-related school closures provide increased opportunities for FGM to be undertaken on girls at home, which only heightens the risk of health complications as well as the transmission of COVID-19. And with the crisis putting 11 million girls at high risk of never returning to school, future generations of uneducated women are more likely to support the continuation of the practice.

This International Day of Zero Tolerance for FGM is a moment to lead change wherever we have a voice and influence; to fund the approaches we know work and support women’s organizations to do so; to demand accountability for community and state actions; to provide essential support for health and social services for survivors of FGM; and to listen to the voices of adolescent girls and young women, and make it possible for them to decide on what happens to their own lives and bodies.

Stories of change such as Yatta’s underline how much is possible when the necessary support and will are in place, and how important it is for the lives of millions of girls in current and future generations to grow up as healthy, educated young women. COVID-19 has shown us that we cannot take the successes on this issue for granted. We have a chance to come together in united action to end FGM and all forms of violence against women and girls, at UN Women’s upcoming Generation Equality Forum – the most important convening for gender equality investment and implementation in a quarter-century. Through its Action Coalitions such as on gender-based violence and sexual reproductive health and rights, respectively, we will be harnessing broad-based will and resources to push forward with this important work focusing on adolescent girls. Let’s use this opportunity to #Act2EndFGM and together realize a world that is truly gender-equal.

Female genital mutilation (FGM) refers to all procedures that involve partial or total removal of the external female genitalia, or other injury to the female genital organs for non-medical reasons.

The World Health Organisation has classified FGM into 4 types, ranging from least to most invasive. All are extremely harmful, distressing, and carry severe risk of complications inclusing infection.

FGM is recognized internationally as a human rights violation. It reflects deep-rooted inequality between the sexes, and constitutes an extreme form of discrimination against women. It is nearly always carried out on minors and is a violation of the rights of children. The practice also violates a person’s rights to health, security and physical integrity, the right to be free from torture and cruel, inhuman or degrading treatment, and the right to life when the procedure results in death.

Type 2: partial or total removal of the clitoris and the inner folds of the vulva, and sometimes also the outer folds of skin of the vulva (also called excision).

Type 3: the narrowing of the vaginal opening following cutting to create a seal – often involving sewing. Often this leaves a very small opening for girls to urinate and menstruate, and requires cutting to make it possible to have intercourse or give birth.

Type 4: all other harmful procedures to the female genitalia for non-medical purposes, e.g. pricking, piercing, incising, scraping and cauterizing the genital area.

Voices from the frontlines

This International day for Zero Tolerance on FGM, take a read of some stories from some of the incredible women working to end FGM with us around the world.

CONTENT WARNING: you may find some of the stories distressing. We think it is important to share these women’s stories in their own words, but please be aware that at times, their accounts contain graphic descriptions of child abuse in the form of FGM. 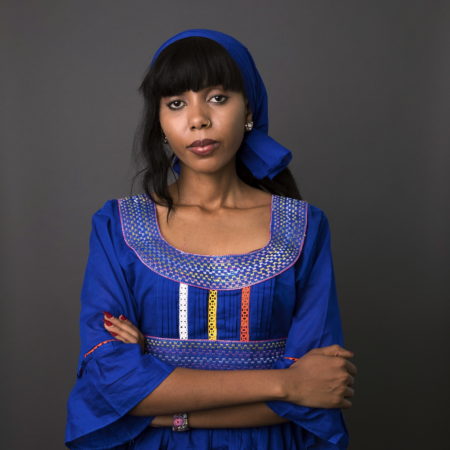 IN MY WORDS: JAHA DUKUREH

“It wasn’t until I was pregnant with my daughter, that I started to speak out against FGM. I didn’t want my daughter to ever have to go through what I had.

I also knew there were millions of girls out there, just like me and my daughter, and no one was speaking for them. If it wasn’t going to me, who else would do that?”

Right now, we are at a tipping point in the movement to end FGM. Not only do we have survivors who are taking the lead in fighting against FGM, we also have the political will across the African continent, and UN agencies that are doing more than ever before. Because we have created a movement where women are leading the change, I think we have a chance to make 2030 arrive early.” 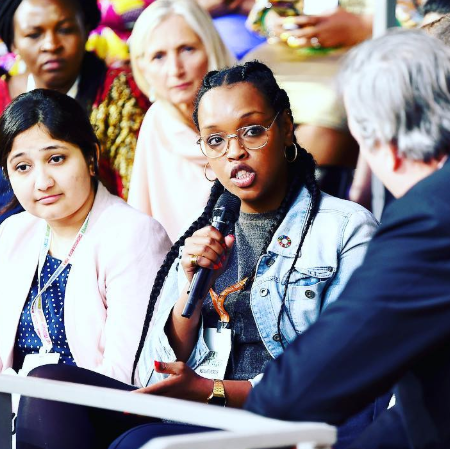 IN MY WORDS: NIMCO ALI

“I was subjected to FGM when I was 7.  My mum was there. The pain of peeing was beyond anything I’d known.

You will never end poverty or have peace if you pin girls down aged 5, cut them, break them and sell them for some cows.

Orgasms and sexual pleasure are a human right. I guard these things with my life.

Please stand with me in shaping a world free from abuse.”

UN Women is working to accelerate ending FGM across the world. Our local staff work within communities alongside local women’s organisations, bringing people together to end FGM. We are doing this in 3 ways:

1. Running education programmes with religious leaders, families and cutters to increase understanding of the harmful effects of FGM, and challenge the need to continue this unnecessary practice.
2. Working with 19 million people in over 10,000 villages and communities to publicly declare an end to FGM.
3. Taking the insights and sharing the women’s voices from our work on the ground, and advocating with lawmakers to create national-level change and legislate against FGM – we’ve seen over 900 cases of legal enforcement as a result.

As well as this prevention work, we also work to support survivors of FGM with counselling, medical treatment and support to rebuild their lives. Currently we are in a phase of work aiming at reaching a further 8 million girls with these services.

WILL YOU BE PART OF THE CHANGE? Become a monthly donor and help save a girl every month.

Not able to make a donation but want to help create change? Sign up to be part of the movement and receive email updates from us here.